Home › Uncategorized › Jermaine Jackson’s Alleged Tell-All Rant About His Brother Michael Resurfaces! Doesn’t At All Sound Like The Devoted Big Brother Of The Last Couple Of Months!

Jermaine Jackson’s Alleged Tell-All Rant About His Brother Michael Resurfaces! Doesn’t At All Sound Like The Devoted Big Brother Of The Last Couple Of Months! 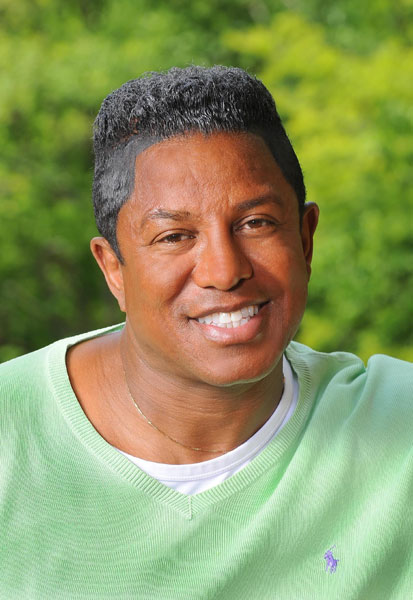 You know, Jermaine Jackson is all over the place as the spokesman for the Jackson family since his younger brother Michael Jackson, died tragically June 25, 2009. But there has been talk for a number of years of how disconnected Jermaine and Michael, or simply Michael and his brothers were. In fact, the tour that Michael was embarking on solo was supposed to be a group effort. The Jackson brothers were proposing a world tour with all six members and Janet as the opening act.

The next thing fans knew Michael Jackson announced his “This Is It” tour. That had to be crushing for the brothers. Anyhow, Jermaine produced a manuscript that detailed his true feelings about his brother among other things. There are several media outlets who have copies of the manuscript. Here is a very eye-opening excerpt from it:

“My brother is a superstar, yes. My brother is wealthy. He owns shares in Sony music. He drinks, he does drugs, he lies, he cheats, he changed his skin color and mostly, he’s human. He attracts gay men and wards off women like the plague.”

“He married a woman because she was pregnant and he was doing business with Muslims (which I am a Muslim) and Muslims won’t do business with someone who is engaged in having children without being married.
“He paid this woman, who nobody would ever look twice at, several million dollars. My brother purchased children. It is like a sanctioned black market. He is very powerful; he picked the sperm donor by using information provided by a sperm bank. Now, who can do that? Michael Jackson, that’s who, my brother.
“I have maintained my residence by my mother’s side at the family’s Hayvenhurst estate in Encino, California because I know how much I am needed there. Michael counts on me to be there as does the rest of my family.”
“It was my little brother, he conceived the whole idea behind DreamWorks. The logo is still proudly the official logo of Neverland. Unfortunately, Steven Spielberg, Jeffrey Katzenberg and David Geffen all stole the idea from him. That’s one reason why Michael hates Jewish people so much. But he plays the game with them. There is a game that all in Hollywood play. But the Jews are the powerful ones and they have done a lot to put my brother in his place….just another nigger. That’s what Don King told Michael at the start of the “Victory” tour. No matter what Michael, you’re just another nigger.
“My brother doesn’t always learn the valuable lessons life teaches. He is stubborn, hard-headed and, at times, harsh. He is cold, calculating and devious. The blood of his father runs freely through him. We were all afraid that the blood of Joseph Jackson would eventually contaminate all of us.
“But this is still my family and I love every one of them and I won’t sit by and let my brother go to prison. Prison would kill him. I’ve thought about doing the time for him, if he’s convicted. Michael wouldn’t survive in prison for one day. He’d commit suicide.“Joseph did some disgusting things to LaToya and Rebbie, especially. If it weren’t for Mother’s loyalty to him, he’d probably be in prison for what he did to our sisters.”

Amazing allegations, aren’t they? Well, if this manuscript is the real McCoy, and many say that it is, perhaps Jermaine will have the final say with an explosive tell-all that could rival the book LaToya put out some years back.

One comment on “Jermaine Jackson’s Alleged Tell-All Rant About His Brother Michael Resurfaces! Doesn’t At All Sound Like The Devoted Big Brother Of The Last Couple Of Months!”