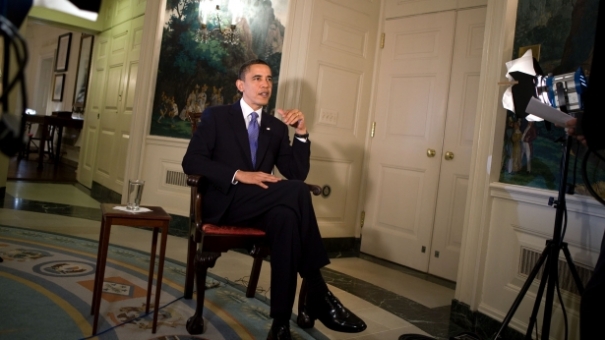 WASHINGTON – In his weekly address, President Barack Obama announced that on Monday, his administration will send to Congress the blueprint for an updated Elementary and Secondary Education Act that will overhaul No Child Left Behind.  The plan will set the ambitious goal of ensuring that all students graduate from high school prepared for college and a career, and it will provide states, districts and schools with the flexibility and resources to reach that goal.

Lost in the news of the week was a headline that ought to be a source of concern for every American.  It said, “Many Nations Passing U.S. in Education.”   Now, debates in Washington tend to be consumed with the politics of the moment: who’s up in the daily polls; whose party stands to gain in November.  But what matters to you – what matters to our country – is not what happens in the next election, but what we do to lift up the next generation.  And the fact is, there are few issues that speak more directly to our long term success as a nation than issues concerning the education we provide to our children.

Our prosperity in the 20th century was fueled by an education system that helped grow the middle class and unleash the talents of our people more fully and widely than at any time in our history.  We built schools and focused on the teaching of math and science.  We helped a generation of veterans go to college through the GI Bill.  We led the globe in producing college graduates, and in turn we led in producing ground-breaking technologies and scientific discoveries that lifted living standards and set us apart as the world’s engine of innovation.

Of course, other nations recognize this, and are looking to gain an edge in the global marketplace by investing in better schools, supporting teachers, and committing to clear standards that will produce graduates with more skills.  Our competitors understand that the nation that out-educates us today will out-compete us tomorrow.  Yet, too often we have failed to make inroads in reforming and strengthening our public education system – the debate mired in worn arguments hurled across entrenched divides.

As a result, over the last few decades, we’ve lost ground.  One assessment shows American fifteen year olds no longer even near the top in math and science when compared to their peers around the world.  As referenced in the news report I mentioned, we’ve now fallen behind most wealthy countries in our high school graduation rates.  And while we once led the world in the proportion of college graduates we produced, today we no longer do.

Not only does that risk our leadership as a nation, it consigns millions of Americans to a lesser future.  For we know that the level of education a person attains is increasingly a prerequisite for success and a predictor of the income that person will earn throughout his or her life.  Beyond the economic statistics is a less tangible but no less painful reality: unless we take action – unless we step up – there are countless children who will never realize their full talent and potential.

I don’t accept that future for them.  And I don’t accept that future for the United States of America.  That’s why we’re engaged in a historic effort to redeem and improve  our public  schools: to raise the expectations for our students and for ourselves, to recognize and reward excellence, to improve performance in troubled schools, and to give our kids and our country the best chance to succeed in a changing world.

Under the leadership of an outstanding Education Secretary, Arne Duncan, we launched a Race to the Top, through which states compete for funding by committing to reform and raising standards, by rewarding good teaching, by supporting the development of better assessments to measure results, and by emphasizing math and science to help prepare children for college and careers.

And on Monday, my administration will send to Congress our blueprint for an updated Elementary and Secondary Education Act to overhaul No Child Left Behind.  What this plan recognizes is that while the federal government can play a leading role in encouraging the reforms and high standards we need, the impetus for that change will come from states, and from local schools and school districts.  So, yes, we set a high bar – but we also provide educators the flexibility to reach it.

Under these guidelines, schools that achieve excellence or show real progress will be rewarded, and local districts will be encouraged to commit to change in schools that are clearly letting their students down.  For the majority of schools that fall in between – schools that do well but could do better – we will encourage continuous improvement to help keep our young people on track for a bright future: prepared for the jobs of the 21st century. And because the most important factor in a child’s success is the person standing at the front of the classroom, we will better prepare teachers, support teachers, and encourage teachers to stay in the field.  In short, we’ll treat the people who educate our sons and daughters like the professionals they are.

Through this plan we are setting an ambitious goal: all students should graduate from high school prepared for college and a career – no matter who you are or where you come from.  Achieving this goal will be difficult. It will take time.  And it will require the skills, talents, and dedication of many: principals, teachers, parents, students.  But this effort is essential for our children and for our country.  And while there will always be those cynics who claim it can’t be done, at our best, we know that America has always risen to the challenges that we’ve faced.  This challenge is no different.

As a nation, we are engaged in many important endeavors: improving the economy, reforming the health care system, encouraging innovation in energy and other growth industries of the 21st century.  But our success in these efforts – and our success in the future as a people – will ultimately depend on what happens long before an entrepreneur opens his doors, or a nurse walks the rounds, or a scientist steps into her laboratory.  Our future is determined each and every day, when our children enter the classroom, ready to learn and brimming with promise.

It’s that promise we must help them fulfill.  Thank you.