Posted on November 6, 2010 by Tracey Ricks — Leave a comment 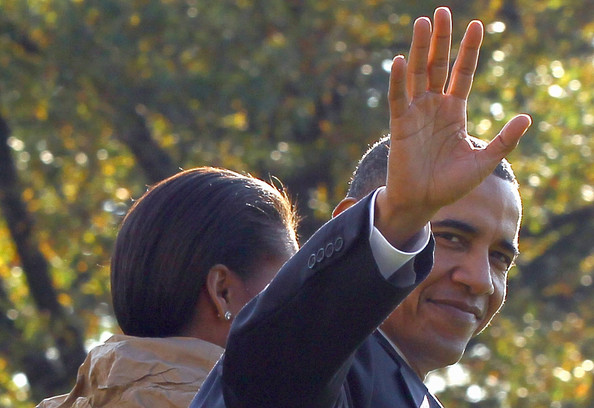 WEEKLY ADDRESS: President Obama Calls for Compromise and Explains his Priorities on Taxes

WASHINGTON – As Congress prepares to focus on taxes when it returns to work later this month, President Obama called on both parties to work together and focus on the areas where all sides agree.  First, the President underscored that middle-class families need permanent tax relief, so Congress should permanently extend tax cuts for all families making less than $250,000 a year – 98 percent of the American people.  And second, he noted that, with the nation’s challenging fiscal situation, the country simply cannot afford to borrow another $700 billion on permanent tax cuts for millionaires and billionaires.

The full audio of the address is HERE. The video can be viewed online at www.whitehouse.gov.

This week, Americans across the country cast their votes and made their voices heard.  And your message was clear.

You’re rightly frustrated with the pace of our economic recovery.  So am I.

You’re fed up with partisan politics and want results.  I do too.

So I congratulate all of this week’s winners – Republicans, Democrats, and Independents.  But now, the campaign season is over.  And it’s time to focus on our shared responsibilities to work together and deliver those results: speeding up our economic recovery, creating jobs, and strengthening the middle class so that the American Dream feels like it’s back within reach.

That’s why I’ve asked to sit down soon with leaders of both parties so that we can have an extended discussion about what we can do together to move this country forward.

And over the next few weeks, we’re going to have a chance to work together in the brief upcoming session of Congress.

Here’s why this lame duck session is so important.  Early in the last decade, President Bush and Congress enacted a series of tax cuts that were designed to expire at the end of this year.

What that means is, if Congress doesn’t act by New Year’s Eve, middle-class families will see their taxes go up starting on New Year’s Day.

But the last thing we should do is raise taxes on middle-class families.  For the past decade, they saw their costs rise, their incomes fall, and too many jobs go overseas.  They’re the ones bearing the brunt of the recession.  They’re the ones having trouble making ends meet.  They are the ones who need relief right now.

So something’s got to be done.  And I believe there’s room for us to compromise and get it done together.

Let’s start where we agree.  All of us want certainty for middle-class Americans.  None of us want them to wake up on January 1st with a higher tax bill.  That’s why I believe we should permanently extend the Bush tax cuts for all families making less than $250,000 a year.  That’s 98 percent of the American people.

We also agree on the need to start cutting spending and bringing down our deficit.  That’s going to require everyone to make some tough choices.  In fact, if Congress were to implement my proposal to freeze non-security discretionary spending for three years, it would bring this spending down to its lowest level as share of the economy in 50 years.

But at a time when we are going to ask folks across the board to make such difficult sacrifices, I don’t see how we can afford to borrow an additional $700 billion from other countries to make all the Bush tax cuts permanent, even for the wealthiest 2 percent of Americans.  We’d be digging ourselves into an even deeper fiscal hole and passing the burden on to our children.

I recognize that both parties are going to have to work together and compromise to get something done here.  But I want to make my priorities clear from the start.  One: middle class families need permanent tax relief.  And two: I believe we can’t afford to borrow and spend another $700 billion on permanent tax cuts for millionaires and billionaires.

There are new public servants in Washington, but we still face the same challenges.  And you made it clear that it’s time for results.  This a great opportunity to show everyone that we got the message and that we’re willing, in this post-election season, to come together and do what’s best for the country we all love.